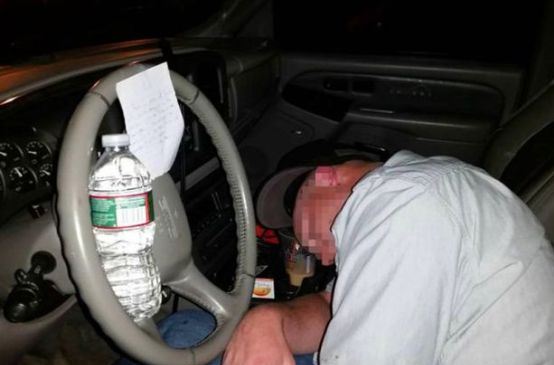 While passed out over his steering wheel, some saintly stranger took it upon themselves to hide this drunk man’s car keys, leave him with a bottle of water and an anonymous note.

The note said: “I found you passed out drunk with your car running, so I hid your keys under the atlas in your back seat. I hope you get home safe. I’m not your hero. I’m your silent guardian. A watchful protector. The drunk knight.” 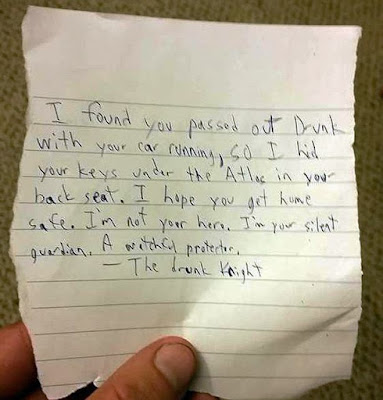 It is unclear what happened to the drunk man, found somewhere in Massachusetts, but the image was posted on Reddit by the “drunk knight”.

He also added: “I found this guy passed out drunk with his car running outside of a bar at 3.00am.

“The bars close at midnight where I am, so I tried to wake him up, but he just kept mumbling and continued to sleep.

“I decided to hide his keys in the backseat, just in case a cop came, and left him a note and some water.

Despite his act of kindness the poster still came under fire on reddit for not reporting the man to the authorities for attempting to drive.