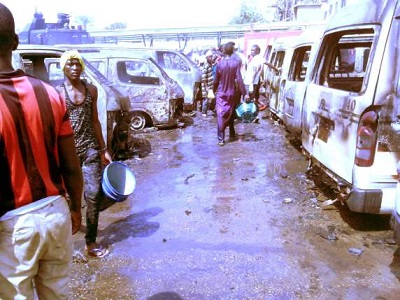 Two masterminds of the Gombe Line Transport Services bombing in October 2014 have been arrested after engaging troops in a shoot-out on Sunday in Gombe State.

The suspected high profile terrorists were arrested following surveillance and intelligence operations that tracked them to a check point at Bajoga in the state, the Defence Headquarters said on Tuesday.

It added that one of the suspects, who sustained serious injuries during the encounter was being treated at a military medical centre while interrogation of the other suspect has started.