In the wake of the legalized gay marriage in the USA, Zimbabwe’s 90-year-old president, Robert Mugabe, has publicly proposed marriage to President Barrack Obama. 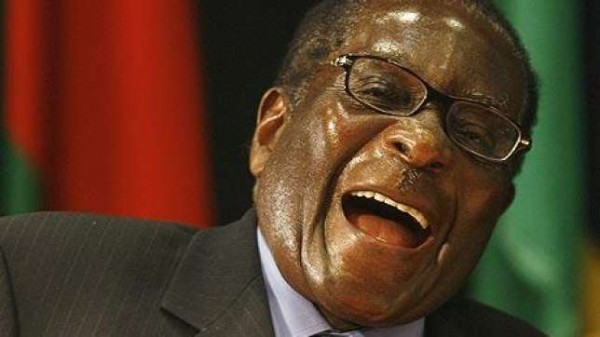 According to Awdnews.com, the Zimbabwean president challenged President Obama in his weekly radio interview with Zimbabwe’s national radio on Saturday.

“I’ve just concluded since President Obama endorses the same-sex marriage, advocates homosexual people and enjoys an attractive countenance thus if it becomes necessary , I shall travel to Washington, D.C., get down on my knee , and ask his [Obama’s] hand. I can’t understand how this people dare to defy Christ’s explicit orders as our Lord prohibited mankind from sodomy,” Mugabe said.

Mugabe also said that the American government is run by pervert, Satan-worshippers who insult the great American nation. According to him, the American tradition and heritage was based on lofty Christian principles, but to the detriment of this great nation, America’s corrupt political elite is acting according to their diabolic whims.

Obama’s endorsement of gay marriage, the first ever from a sitting president, came during growing pressure for the president to clarify his previously muddled opinion.
Recently Nigeria’s president, Muhammadu Buhari, came under a severe attack by president Robert Mugabe at the African Union summit in South Africa.