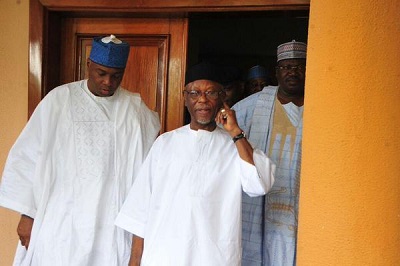 The All Progressives Congress (APC) has condemned what transpired at both chambers of the National Assembly on Thursday in Abuja.

In a statement issued by the party’s National Secretary, Mala Buni, the governing party said it stood by the lists sent to the Senate President and the Speaker of the House of Representatives, Bukola Saraki and Yakubu Dogara respectively.

The party had sent letters to both chambers conveying names of its candidates for the principal offices of both chambers while a faction of the lawmakers favour choosing the leaders from the zones.

The APC said it will review the situation shortly.

”The National Caucus, Board of Trustees and National Executive Council of the party will meet within the next few days to discuss the evolving developments in the National Assembly”, it said.