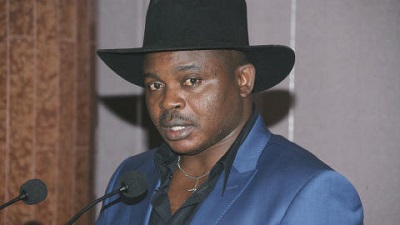 Former militant leader, Ebikabowei Victor-Ben, popularly known as ‘General’ Boyloaf, has assured that no Niger Delta youth would return to the creeks should Federal Government revoke pipeline surveillance contracts awarded to ex-agitators in the region.

Boyloaf, who is one of the beneficiaries of the Goodluck Jonathan administration’s pipeline surveillance contract, in a phone interview with SUNDAY PUNCH, explained that since the Federal Government had declared amnesty, it would be a wrong decision for any person to go into the creeks with the intent of blowing up pipelines and other oil installations.

Boyloaf said, “The youths are not ready to go to the creeks because there is amnesty. No Niger Delta youth will blow up any pipeline as long as the government did not hurt them. Blowing up pipelines is not their stock in trade. So, by the grace of God, everything will be okay. Nobody is praying for violence”.

Dismissing reports that the Federal Government had revoked the pipeline surveillance contract awarded to ex-militant leaders, the ex-agitator described the report as the handiwork of some politicians who were trying to instigate violence in the country.

He explained that though the three-month contract given to them to protect the nation’s oil pipelines had expired, the Nigerian National Petroleum Corporation, NNPC, which entered into the agreement on behalf of the Nigerian government, had not been given the directive to renew it.

Boyloaf said, “The Federal Government did not come out openly to say that it has revoked the contract. Truth is, the contract has elapsed because it was for three months. Since it expired, the NNPC workers have not received the instruction to renew the contract.

“There are many reports the President is studying; he has not even appointed aides that are supposed to work with him in this area. He (Buhari) is not supposed to jump into things without studying them. I think we will give him time to study the reports before him”.

Boyloaf, however, tasked President Muhammadu Buhari on the need to renew the contract in the interest of job creation and peace.

“If the President does not renew our contract, there is nothing we can do. The only advice we will give him is to tell him the importance of the contract and the peace Nigerians are enjoying. It is not good to send many people back to the labour market and make them redundant”, he said.