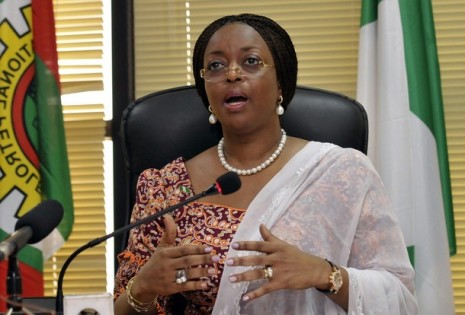 A Lagos-based, Festus Keyamo, has commended President Muhammadu for dissolving the board of the Nigerian National Petroleum Corporation, NNPC, even as he urged him to go further by probing the tenure of former Minister of Petroleum Resources, Mrs. Diezani Alison-Madueke.

Keyamo had in a June 17 letter he wrote to the Senate President and Speaker of the House of Representatives, urged the National Assembly to commence investigations into the activities of the NNPC, especially with regard to the crude oil swap programme and offshore processing agreements of the company.

According to Keyamo, some NNPC officials, in cahoots with some local companies, were looting the country’s resources.

In an interview with Sahara TV on Saturday, the lawyer pointed out that was an array of issues that require the probe of Alison-Madueke’s management of the ministry.

He said, “It is about a whole lot of issues. In my petition, I was particular about what has come to be known as the crude oil swap deals. Under this arrangement, we never knew that a lot of our crude oil was given to private oil companies in exchange for their bringing in petroleum products. Under one arrangement, they were supposed to take it out. We signed (out) the products and then took them back to Nigeria whether they were petroleum products or by-products.

“Under the other arrangement, we were supposed to be given the crude oil to sell at the international market and then use the money to import petroleum products into the country. Now, there have been reports in the papers of late that under these arrangements, certain Nigerian oil and gas companies made very huge, unwarranted profits and the simple reason is that they imported far less than the crude oil that they bought.

“Under this arrangement, some of them bought private jets, property around the world and began to live large. Certain individuals in the NNPC were seen as collaborators in this deceitful and grand plot. Before the minister left office, she picked up her pen and wrote a petition to the Economic and Financial Crimes Commission, inviting it to probe these individuals and these groups. And I asked myself some simple questions: It is a bit curious who had supervisory authority over these individuals and these issues”.

The rights activist argued that Alison-Madueke had access to all the relevant documents and could have easily called for the offenders and issue them queries.

“Why did she wait till the last minute to write a petition to the EFCC to probe these deals? And I told myself: It is not a safe person who runs to a police station to complain that is always the victim of the crime”, Keyamo said.