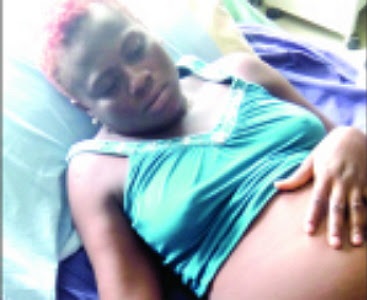 Three policemen who assaulted an eight-month pregnant woman in Lagos are currently undergoing orderly room trial, the Lagos State Police Command said on Saturday.
The command’s spokesman, Kenneth Nwosu, who made the disclosure, said they were arrested on Tuesday after a complaint about their alleged human rights infringement.
He said the law would take its cause on any member of the police force that committed any crime, particularly human rights abuse but did not disclose the names of the policemen.
The woman was said to have lost the prematurely born baby as a result of reported breathing difficulty arising from the detachment of the umbilical cord from the mother while in the womb.
“The policemen were said to have sprayed tear gas on the woman in her car following an argument arising from the gridlock on the road.
“She was rushed to one Safe Hands Hospital at Old Ojo Road, Amuwo Odofin where she was allegedly operated upon but the baby died less than 48 hours later.
“Apparently the gas she inhaled resulted in the complication and the subsequent surgery.
“The three policemen in question are attached to the Satellite Town Police Division”, the sources said.
(NAN)