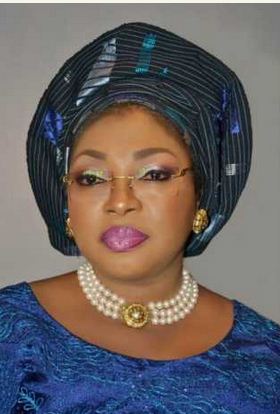 She does not only have a pretty face, she also have an intimidating CV. Bent is a beautiful and well-endowed grand-mother at 54. Her beauty radiates glowingly whenever she steps out. A very vocal Senator while in the upper chamber, Bent earned the respect of her male colleagues because of her intelligence laced with her cuteness.
To their credit, the above-mentioned politicians are also very active in political service and cannot be judged only by their looks. She was the Senior Special Assistant on Millineum Development Goals to former President Olusegun Obasanjo and Late President Umaru Musa Yar’adua. A workaholic, she was one of the shinning lights of the administration. Her beauty is so natural and effortless. Not one given to parties or social gatherings, she is the perfect definition of “Beauty and Brain”. She is currently the United Nations Secretary-General Ban Ki Moon’s Special Adviser on Post-2015 Development Planning. The proprietress of New Era Foundation is a stunner. At 54, Remi has maintained a very slim and sexy shape that even younger ladies have struggled with. Perharps, one of the reasons why her husband, Asiwaju Bola Tinubu has been successful in all his political battles is because of her contributions from the home front. She is the current Senator representing Lagos Central Senatorial District in the Senate and will no doubt be among the first three in the beauty department of the upper chamber. She could pass for renowned Nigerian actress, Stella Damasus’s sister. Daughter of strongman of Kwara politics; Late Olushola Saraki, Senator Gbemisola comes from a family where cuteness is the order of the day. Her siblings, which include, former governor of Kwara State, Bukola Saraki are also good looking in their own right. Her sojourn into the Nigerian Senate showed how brilliant she is. The former Minister of Aviation and Senator-elect for Anambra North Senatorial District is one woman men cannot look at once.
Oduah, whose beauty radiates effortlessly when she steps out at political and non-political gatherings has a beautiful face that even her political opponents cannot ignore.
She is known for her signature looks that includes, an eye lens, thick lipsticks and a matching head gear to her outfits which are mainly African print fabrics.