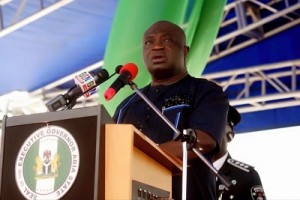 Abia is the latest Nigerian State to get development facility from an international lender. According to the governor, Dr. Okezie Ikpeazu, the African Development Bank (AfDB) has approved a $200 million facility for the state to tackle water sanitation and roads.

Just like Ania, Lagos has just gotten a $200 million credit from the World Bank, to support reforms on fiscal sustainability, budget planning, budget execution, and the investment climate in the state.

In Abia, Ikpeazu said that the focal area to be dealt with decisively for now were the Port Harcourt Road, Aba, Ohanko and other roads in Aba, the commercial city of the state.

Speaking when he received the General Superintendent of the Deeper Christian Life Ministries, Pastor William F. Kumuyi, at the Government House, Umuahia, said he was aware of the challenges confronting the state, maintaining that God was bigger than those challenges.

Governor Ikpeazu pledged to provide a piece of land for the Deeper Christian Life Ministries to build its university in the state and also promised to construct a 5km road to the land.