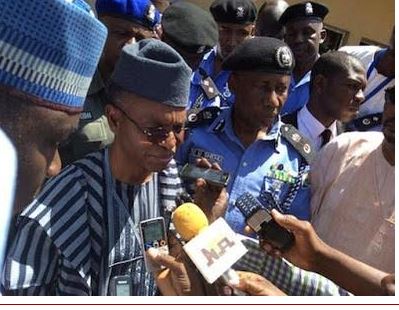 Following the bomb blast at Sabongari area in Kaduna state this morning, the state governor, Nasir El Rufai has banned beggars and street hawkers in the state. The directive is contained in a statement released by his media aide Samuel Aruwan. The statement below….

The Kaduna State Government has commended the people of the state for promptly embracing the crucial necessity of watchful vigilance and attention to security. The government has also announced further measures to enhance public security in the state. All beggars and hawkers are to stay off the streets until further notice.
Any beggar or hawker found on the streets will be arrested, until these measures are relaxed. In addition, government reiterates that the ban on motorcycle taxis (achaba) remains in force, and the law will be strictly enforced in this regard. The government hereby urges all citizens to report all suspicious persons and movements to the security agencies, and to afford these agencies their maximum cooperation. These measures take immediate effect. Signed Samuel Aruwan Special Assistant, Media and Publicity