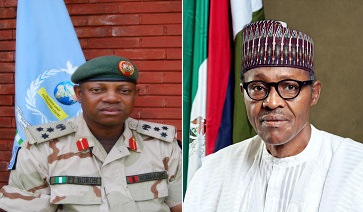 Former leader of the disbanded Movement for the Emancipation of the Niger Delta, MEND, Chief Government Ekpemupolo a.k.a. Tompolo, has hailed President Muhammadu Buhari for appointing a retired brigadier general of the Nigerian Army, Paul Boroh as the new coordinator of the Presidential Amnesty Programme.

According to Tompolo, the president’s action not only portrayed him as a listening leader, it also indicates he has the genuine interest of the Niger Delta at heart.

The ex-militant leader also hailed Buhari for the choice of a retired military officer, rather than political jobbers, who had positioned themselves for the job.

However, Tompolo charged the new Amnesty coordinator to ensure that critical stakeholders were consulted in the running of the programme and to avoid political jobbers.

He said, “It could be recalled that I called a meeting of ex-agitators, leaders and other stakeholders in the Niger Delta last week as a result of the pressure on me to intervene in the seemingly troubled Amnesty Programme due to the non-payment of the stipends and allowances to beneficiaries for months now.

“And so, it gives me joy for the President to appoint a high-ranking retired military gentleman to coordinate the programme, rather than have any of the political jobbers, who had advertised themselves in very negative forms in order to be appointed”.