Popular stand-up comedian, Basketmouth (real name Bright Okpocha), is in the news again. This time, it is because he has taken a swipe at the government of former President Goodluck Jonathan. 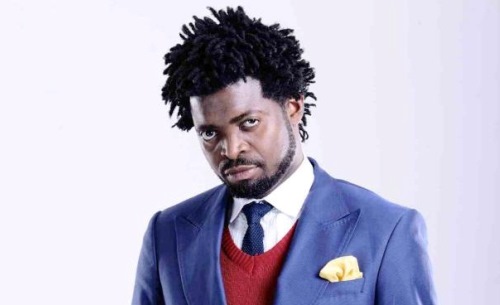 Midway into his show, tagged BM Uncensored, which held in Houston, Texas in the United States, a few days ago, the comedian accused the Jonathan administration of doing nothing else other than “stealing” money during its six-year tenure.

A copy of the video posted on Youtube shows Basketmouth, who was dressed in a sleeveless top and dark trousers, speaking his mind about the high level of corruption that prevailed in the country under Jonathan’s watch.

In the video, the comedian said, “The funny thing is that Buhari is now in power and everyone is hating the guy under two months. I am normally into politics, but when I see some s..t I say it. Goodluck was there for six years and all they did was steal money.”

The statement has since gone viral on social media, with many users openly chiding Basketmouth for opening his mouth ‘a little too loud’ and others rising in his defence.

On the same day, the comedian also threw playful barbs at Davido, who emerged winner of the 2015 MTV Africa Music Awards in the Best Male Act category in South Africa last weekend.

Ever since the video appeared online, the comedian’s actions have been the subject of a debate among critics who are worried that he is becoming quite vocal about issues not related with comedy.