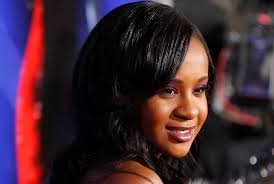 It’s always very sad to lose loved ones, especially a young person. The news of the death of Bobbi Kristina at the young age of 22 was a really sad one despite the fact that her death had been rumoured on more than one occasion after she fell into a medical induced coma in January.

Bobbi’s full name was Bobbi Kristina Brown and she was the daughter of the late popular American singer, Whitney Houston who died in February 2012. The demise of Bobbi makes it a double lose for Cissy Houston, Bobbi’s grandmother.

It was sad enough that Cissy who watched her own daughter, Whitney lose her battle to drug addiction, and to now add the demise of her granddaughter to it must be terribly disheartening for her especially.

The life of Bobbi saw her make a name for herself in the entertainment circle despite the fact that being the daughter of a global star puts her in the spotlight already. Instead of reveling in the success of her mother, Bobbi worked for her own fame as an American reality television and media personality, singer, and heiress.

Bobbi became a victim of her parent’s divorce when she was 14 and she had to stay with her mother who got her custody from the court. Being mummy’s little girl, after Whitney died, Bobbie was made the sole beneficiary of her mother’s estate including clothing, jewelry, cars, personal effects, and furniture.

It was said by a family member that Whitney Houston’s death was so shocking for Bobbi that she was “overwhelmed” by it so much that she had to be admitted to Cedars-Sinai Hospital in Los Angeles. If Bobbi who only lost one very dear person was that hit by the lose, how much more the grandma who has just lost two dear persons?