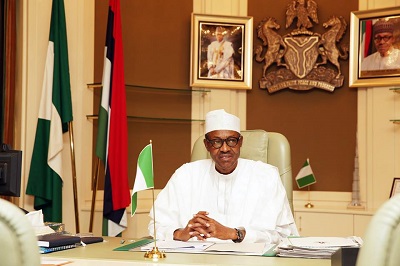 Strong indications emerged on Friday that the National Intelligence Agency, NIA, has received marching orders from President Muhammadu Buhari to trace and recover billions of dollars of Nigeria’s oil money looted and stashed in foreign bank accounts by top officials of the immediate past administration of Dr. Goodluck Jonathan.
The NIA is a Nigerian government secret security agency tasked with over¬seeing foreign intelligence and counterintelligence op¬erations, with operatives seconded to the country’s foreign missions across the world.
According to Saturday Sun, which quoted impeccable source close to the president, the amount of money being traced now is far above the missing $20 billion the former CBN Governor now Emir of Kano, Alh. Muhammadu Sa¬nusi II alerted the nation about.
It was gathered that soon after Buhari won the presi¬dential election in March, well-connected individuals and foreign governments have been giving him loads of documents and information on the where¬abouts of billions of dollars kept in foreign accounts by top officials of the Jonathan administration.
The handing over of incriminating documents have also been followed up with calls for probe espe¬cially of the oil sector where billions of dollars have been declared missing.
Apparently disturbed by the docility that has weighed down the Economic and Financial Crimes Com¬mission under the Jonathan administration, President Buhari, it was gathered turned to the NIA, which has a wider network in foreign in¬telligence gathering and put the agency to task.
To further demonstrate the seri¬ousness of his administration’s commitment to trace and recover the loot¬ed funds, the newspaper said the Director Gen¬eral of the NIA, Ambassador Ayo Oke, has been tapped for President Buhari’s trip to the United States tomorrow.
The U.S has promised to as¬sist the new administration with intelligence and other needed support to track and recover the looted billions.
Other top NIA officials al¬ready on ground in the U.S include a former Director of the Nigeria Financial Intel¬ligence Unit, NFIU, simply identified as Mr Wokoma.
The new role being given to the NIA, the newspaper learnt, is pending the time Mr. Buhari will reorganize and restructure the two main anti-graft agencies – EFCC and the ICPC.
Aside getting the assignment to trace the looted funds, the NIA, it was also learnt “is the one the president is using to screen some political appointees so far appointed and possibly the ministerial nominees as well”.