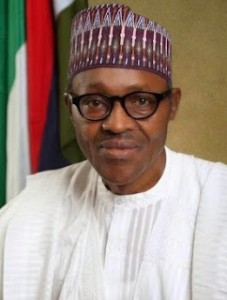 This came following the lingering power tussle between the CSO and his Aide-de-Camp (ADC) Lt-Col. Muhammed Abubakar Lawal, and Mani over the changes effected in the security of the State House, Abuja, Thisday reports.

Usman Abubakar, has been appointed as new CSO. However, no official statement was issued by the State House on his removal, Thisday cited a source close to the State House to have confirmed it.

“There is already information that the CSO has been redeployed to one of the states in the South East, while the true state of things might be that he has been retired,” Thisday quoted another source to have said.

It was reported that Mani’s sack had to do with a memo he issued asking the men of the DSS to disregard a prior directive by Lt. Col. Lawal that they should cease to carry out close body protection of the President.

Mani was accused of deliberately leaking the memo to the press, an action that“smirks of gross indiscipline and therefore could no longer be trusted by the Presidency”, the source said.

Mani argued based on Section 2(I )(ii) of Instrument No.SSS 1 of May 23, 1999 made pursuant to Section 6 of the National Security Agencies Decree of 1986, which has been re-enacted as Section 6 of NSA Act CAP N74 LFN 2004, which empowered the SSS to provide security for designated principal government functionaries, which includes but not limited to the President and Vice President as well as members of their immediate families.

“In fact, the issues raised in the aforementioned (ADC’s) circular tend to suggest that the author may have ventured into a not-too-familiar terrain. The extant practice, the world over, is that VIP protection, which is a specialised field, is usually handled by the Secret Service, under whatever nomenclature,” the memo read.

“They usually constitute the inner core security ring around every principal. The Police and the military by training and mandate are often required to provide secondary and tertiary security cordons around venues and routes.”