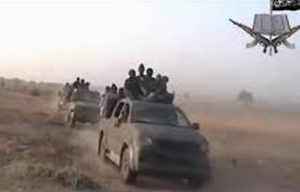 Buhari had been invited to Cameroon following visits to Chad and Niger where he discussed the menace of the terror group and how to put an end to its activities in the region. However, he could not make the journey due to his trip to Germany for the G7 Summit.

“President Buhari is going to Cameroon on Wednesday. He will hold talks with President Biya on arrival and the issue of Boko Haram will be central in their discussion,” Adesina told journalists, yesterday.

“The visit is  part of the consultation on the Boko Haram insurgency. He was to have gone on the visit in June but for the invitation to Germany by the G7,” Adesina said.

Since his inauguration on May 29, Buhari has visited Chad and Niger, two neighbouring countries jointly fighting Boko Haram along with Nigeria.