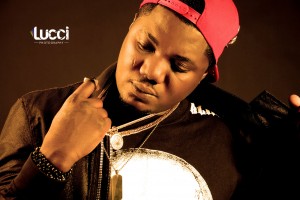 In his exclusive interview, fast rising indigenous rapper, CDQ has revealed the remarkable tale of how he had to make sacrifices to fulfill his ambition of being a successful artiste.

CDQ revealed he had to part way with his sneakers and use his school fees to fuel his music ambitions.

“It wasn’t really easy though. My first demo I actually recorded I paid the producer with my sneakers. My second record I think I paid with my school fees, it was at that time I lost my dad, 2008, October 25. I had to pay with my school fees and I had to do some petty jobs, so I could gather the money and pay my school fees later” he revealed during the interview.

“That’s how deep and passionate I am about music. It wasn’t really easy. I am a go-getter” he further said.

CDQ went on to disclose that he had to lay low on his music dream for a while when it started to affect his academics.

The rapper studied Law at the Lagos State University.

After graduating and serving, CDQ admitted that he got a job offer from a bank, and on the day he was supposed to resume he changed his mind to pursue music.