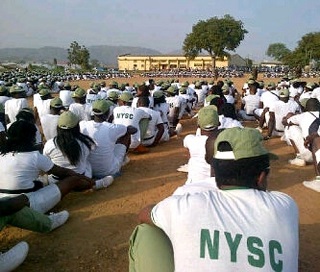 The National Youth Service Corps (NYSC) has introduced a self-deployment scheme where prospective corps members can determine where they wish to serve.

The move, according to the NYSC, is expected to curb fraud, which it said is often associated with the prevailing system associated with prospective corps members’ deployment.

The new arrangement is part of resolutions taken at the NYSC 2015 Batch ‘B’ pre-mobilisation workshop held in Kaduna.

In a communiqué released at the end of the workshop on Thursday, the NYSC said “in a bid to tackle the deluge of concessional requests with which the NYSC is being inundated, prospective corps members will henceforth be given the opportunity to choose states of their choice outside their socio-cultural and linguistic areas, using ICT solution.

“Given the negative implications of assigning invalid or wrong JAMB numbers to prospective corps members during the mobilisation process, corps producing institutions have been advised to always take advantage of the window of opportunity created by JAMB and regularise the admission of their graduates and advise the affected graduates to activate such numbers before presenting them for mobilisation.

“For us to bring administration nearer to everybody, complaints and issues arising from the online registration from prospective corps members and corps producing institutions will henceforth be lodged with the Deployment and Relocation officers at the NYSC state secretariats for onward transmission to the ICT department for necessary action.

“It was further resolved that pregnant women, nursing mothers and students engaged in postgraduate studies should not bother to enlist for service until they are free to participate effectively”.