Dating Deal-breakers That Really Aren’t, So Stop It Already 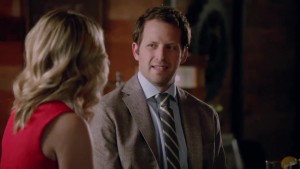 We’re only looking out for your best interests—which is why we wanted to bring you 10 more dating deal breakers that, under most circumstances, shouldn’t really be considered deal breakers. Because beneath that nervous tic or that crustache or that really ugly shirt is the man of your dreams. You just have to look past superficial details and find out who he really is.

1. He says he would “never” do something you think is essential. Example: “I would never send my kids to public school.” “I would never consider leaving this neighborhood.” “I would never go hang gliding with you.” The thing is, people often exaggerate, or say things they don’t fully mean.

Once he understands that something is important to you, it’s possible he’ll change his mind. Just don’t exchange rings before you’ve confirmed that you’re on the same page in terms of things that are completely nonnegotiable (“I will never have kids.” “It is essential for me to be in an open marriage.” “I need you to BLANK in bed.”).

2. His family is insane! So his mom is certifiable, his brother is in jail and his sister thinks she’s Lord Voldemort. That doesn’t mean he’s crazy. Give him the benefit of the doubt; a lot of good people come from difficult stock, and are more open-minded and patient because of it. And tell me: would you want to be defined by what your siblings do?

3. He has mommy issues. It can be tough to deal with guys who obviously haven’t cut the umbilical cord. But consider this: oftentimes, the men who hold their mothers to an elevated level of respect are the ones who treat their ladyfriends best. Just be careful not to let his familial loyalties get out of hand. If your relationship gets super-serious, he should understand that, as a couple, you should always present a united front when dealing with the fam.

4. He lives with his parents. If he’s there because he loves mom’s cooking and doesn’t like doing his own laundry, we have a problem. If he’s there because he’s saving money or is between apartments or is caring for an aging parent, you can’t fault him for that. And at least you know the situation is (hopefully) temporary. If he shows signs of ambition, cut him some slack. Besides, we bet his mom makes a mean veggie casserole.

5. His BFF is a lady. And they used to date. Or at least you suspect they did. Look: if his best bud is of the female persuasion—whether or not they were romantically involved in the past—you shouldn’t automatically assume that they’re holding on to a secret love for each other.

Besides, he appears to be interested in you. If he’s sneaking around in order to hang out with her, then there might be some cause for concern. But otherwise, you should trust him. And, of course, suggest that the three of you hang out together.

Share
Facebook
Twitter
WhatsApp
Previous articleMeet Queeneth Awukam, The Most Beautiful Lady In Cross River [PHOTOS]
Next articleMen, Are You Listening? THESE 3 Traits Will Attract ANY Woman
- Advertisement -

Photos of a Nigerian man and his wife saying 'I Do' in Isiagu suit and wedding gown have gone viral on social media. Twitter user...
Read more

Reno Omokri has taken to social media to address the issue of infidelity in marriages. According to Omokri, adultery comes in different forms including obeying...
Read more

In a viral photo shared on the Internet, a Nigerian couple have caused a stir, following the release of their wedding invitation card. The photo...
Read more

Former Big Brother Naija housemate, Bisola is celebrating her 34th birthday today. The housemate who was one of fans favourites tapped into the royalty and...
Read more
- Advertisement -