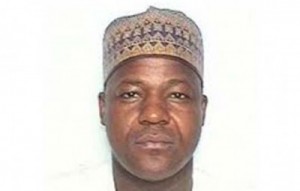 Speaker of the House of Representatives, Rt. Hon. Yakubu Dogara has condemned Sunday’s bomb attack on worshippers in a church in Potiskum, Yobe state. He described the attack as barbaric, inhuman and wicked.

According to a statement issued by his Special Adviser on Media and Public Affairs, Mr.  Turaki Adamu Hassan,  the Speaker urged Nigerians not to lose hope in the Nigerian state and in the ability of its security apparatus to end the activities of Boko Haram.

He added that while the motive of the terrorist sect, Boko Haram, is to instil fear in Nigerians with the relentless attacks, the country would not succumb to terrorism.

He expressed worry over the renewed attacks and frequency in recent times, urging security agencies to continue to be relentless in the battle against the terrorists, with the assurance that their sacrifices would not go unrewarded by the country.

Dogara also gave the assurance that the House of Representatives would  provide all the necessary support and cooperation to President Muhammadu Buhari in the bid to equip the military with necessary military hardware and logistics to overcome terrorism in the country.