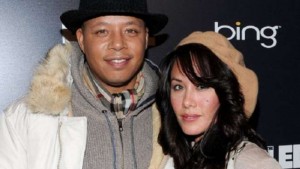 Lovers of the famous American TV show, Empire, would be concerned as one of the stars, Terrence Howard has been accused by his ex-wife of kicking and trying to strangle her while they were vacationing in Costa Rica.

According to the civil complaint filed by Michelle Howard, she claims that Terrence kicked, strangled and threatened her on July 29, 2013 at a rental house the couple was staying at in Costa Rica.

“[The Defendant] followed Plaintiff into the restroom of the rental house and punched her on the left side of her face,” reads the complaint filed by Howard. “Defendant also grabbed Plaintiff by her neck and pushed her against the bathroom wall and strangled her for several seconds.”

Michelle Howard alleges that when she tried to escape, Terrence Howard’s son-in-law, Billy intervened by trying to pull the actor’s hands from his wife’s neck.

“While Billy tried to pry Defendant’s hands from Plaintiff’s neck, Defendant whispered to Plaintiff, ‘Remember what I told you in Bora Bora? That is what I’m gonna do,’ referring to a prior instance where Defendant told Plaintiff that her body would never leave the island,” the complaint continues. “Plaintiff interpreted the reference to mean that Defendant was going to kill her.”

Howard He was arrested  on charges of assaulting his then-wife Lori McCommas, and in Michelle’s 2011 divorce papers she claimed he repeatedly threatened and hit her throughout their marriage.

Howard and executives for Fox, which airs Empire, were questioned about the accusations at the Television Critics Association’s winter tour in January.

Fox TV group chairs Dana Walden and Gary Newman claimed they weren’t aware of the accusations until December 2014, when they were already in business with him.

“A lot of the things I did were the product of not knowing how to deal with frustration, not knowing who Terrence Howard is,” said the actor. “I’ve grown so much from anything that’s happened in the past.”