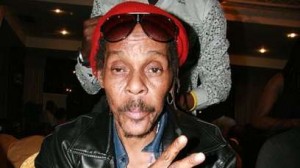 After enough pressure from fans and friends, Nigerian reggae icon, Majek Fashek, has agreed to visit a rehab centre to control his years of drug abuse.

The ‘Send Down The Rain‘ singer is reportedly in the intensive care unit of an undisclosed rehabilitation centre, and according to caregivers of the establishment who wished to remain anonymous, the musician is responding to treatment.

A concerned group of people looked for Majek Fashek after they heard about the state of his health and how he roams around Lagos begging for money.

In a recent interview with Encomium Weekly, the reggae singer said he was scared of going to rehab.

On July 23, reports confirmed that Majek Fashek had gotten his teeth fixed courtesy of a friend.