One of the SUVs in Floyd Mayweather’s entourage crashed into a guy on a motorcycle on Saturday night when he and his crew were on their way home from a nightclub. This happened around 3 am. 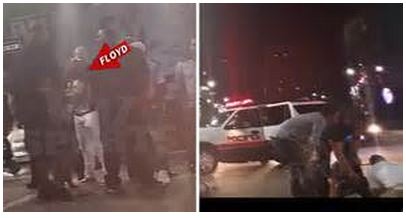 It’s unclear if Floyd was riding in the SUV involved in the accident but in video obtained by TMZ Sports, you can see Mayweather at the crash scene while people attend to the fallen biker.
Emergency personnel raced to help but the biker’s condition is unknown.

One witness at the scene said it looked as if the motorcycle clipped the back end of the SUV and the guy was ejected from his bike. 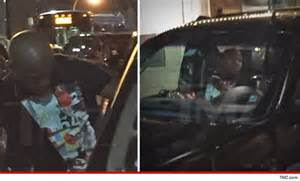 There are pictures which show Floyd in the passenger seat of an SUV earlier in the night so it’s unlikely he was driving.