Doctors at the Federal Neuro-Psychiatric Hospital, Yaba, Lagos have shared their pathetic experience in the line of duty. 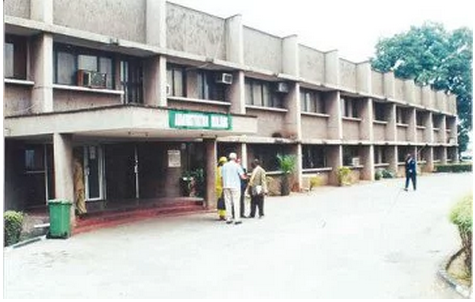 The health workers who are currently on strike to protest against inadequate security and the not-so-conducive, highly dangerous work environment. A member of staff of the organisation and nurse, who spoke anonymously to The Punch, said:

“A patient bit me in many places and tore my clothes while I was trying to help him out. Apart from that, two of my colleagues were injured recently because there were not enough guards to rescue them during a crisis. We are supposed to have restrainers and some other gadgets because patients here can be unpredictable. ”The frequent attacks on us by some of these patients are making some members of staff to seek transfer to other places. Against this back, I must tell you that we need more trained guards to assist us to serve our patients better.”

Another worker, who also spoke anonymously said there was a time she was off work for about three months because she suffered Post-Traumatic Stress Disorder occasioned by harassment from a patient. She pointed out that this was as a result of  lack of enough trained security personnel in the hospital.

“Anytime I remember that experience I break down because I suffered PTSD and could not even go back to work for three months. A patient molested me and there was no one to defend me. This patient was violent. He destroyed many things in the hospital with his bare hands and even his actions scared other patients. While I was trying to douse the tension and counsel his aged mother on how to handle him, he molested me. In fact, as a result of his beating, I could not sleep for some days,’ she said.

Confirming the dangers of working in the facility, the President, Association of Resident Doctors in the hospital, Dr. Jeje Oyetayo, recalled how two of her female colleagues were attacked in the hospital last June.

“Patients have attacked doctors on many occasions in the hospital because we do not have trained security personnel. The patients also suffer injuries when caregivers are being rescued. This is a setback to their recovery. The government and the authorities must address this. There are no escape routes for workers in case of an emergency, especially when we have an aggressive patient. “There is no functioning alarm system to alert even the few security officials for help in case of an emergency. “The Federal Ministry of Health needs to step in to avoid loss of lives as well as bodily harm to health workers as well as patients and their relatives.”

“We went on strike to protest the hazard allowance. It is absurd, how can you be paying us N5,000 monthly for the risk that we take every day. Overseas, special financial consideration is given to workers in psychiatric hospitals. “The government must look into this. The minimum should be N30,000. It is not even enough to compensate us.”

Another nurse revealed how some of them working in the facility were not trained to  work with mentally-challenged patients. He also pointed out how guards have taken to their heels on occasions when patients go violent because they did not have the necessary skill or gadgets to restrain them.

“Many of them on contract have been working for a year now without any salaries. This will definitely affect their commitment to the job. “The management is not helping matters as well because if you are not paying your security personnel, you do not expect them to work. The update is that those who have not been paid have stopped coming and new ones who have been recruitedhave not experience. “So, when a patient is violent, the few untrained ones would be on the edge because they do not know the next step to take. This offers the violent patient the opportunity to run away.”