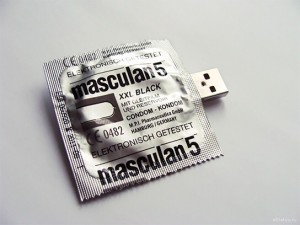 A condom designed by a German company has been designed to flash red and blue if either partners engaging in sexual intercourse is HIV+.  Scoop reports that the condom has been constructed with a special type of LED, one that feels like latex. These condoms come with a USB 2.0 drive to charge the LED light in case the condom lights are dead at the time of use.

In addition to being helpful in detecting HIV, these condoms are also reusable. Using a new latex technology, the condom is easily cleaned and now does not have to be dispossed after one time use.

It has been recommended that although it is reusable, one should on reuse the condom with the same partner and usage should not exceed 7 times or a week, which ever comes first. The condom will be available this fall in Europe and in the United States.