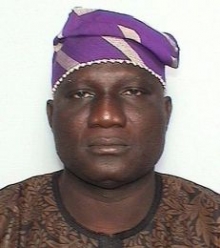 Ahead of President Muhammadu Buhari’s meeting with the All Progressives Congress Caucus of the House of Representatives at the new Banquet Hall of the State House on Monday at 5pm, the Deputy Speaker, Hon. Yussuf Lasun, has vowed to resist any attempt to make him step down.
There have been pressure from some of the APC leaders, Chieftains and the government of Osun State, where Lasun hails from, to resign as deputy speaker so that Femi Gbajabiamila’s emergence as Majority Leader of the House would be smooth sail when lawmakers resume plenary on Tuesday.
The Yakubu Dogara group had argued that any other geo-political zone may produce the remaining principal officers except the South-West and North-East, which have already produced the Deputy Speaker and Speaker respectively.
Lasun pointed out that his constituency has been playing prominent role for the victory of the opposition party, which is now the governing party since 2007, adding that stepping down now was not an option for him.
The Deputy Speaker made this stance known when his kinsmen, the Ilobu Development Association, Osun, Abuja branch, paid him a solidarity visit in his office on Monday.