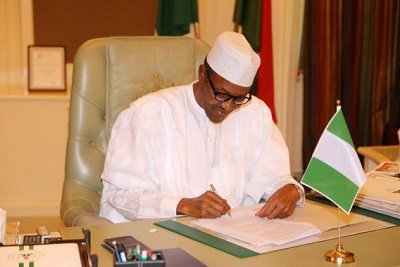 The Youth wing of Ohanaeze Ndigbo has urged President Muhammadu Buhari to carry every section of the country along while announcing appointments to positions in his administration.

Making the call under the aegis of the Ohanaeze Youth Council, OYC, the youth said they were unhappy with some sectional appointments so far made by President Buhari, stressing that appointments should be spread among the six geo-political zones of the country.

In a statement signed by the National President of OYC, Mazi Okechukwu Isiguzoro, the group further said it is against the principle of federalism for the president to have so far appointed people from only one part of the country.

“We are worried at the manner of appointments so far made by President Muhammadu Buhari, which has so far been concentrated in the North West zone, except for the Special Adviser on Media. We wish to remind our President that there are well qualified and trustworthy Nigerians in every geo political zone. We hope President Buhari is not acting out a script.

“The earlier he allays fears of other Nigerians about the manner of appointments, the better for the nation. Ohanaeze Youths recall that the concentration of appointments in one political zone has always caused trouble in Nigeria. We want President Buhari to live by his words that he belongs to everybody”, the youths said.

The group also flayed the purported relocation of Boko Haram detainees to Aguata Prisons in Anambra state, pointing out that the prison does not have the capacity and facilities to keep such high profile detainees and urged the federal government to either relocate the detainees from the prison or upgrade its facilities.