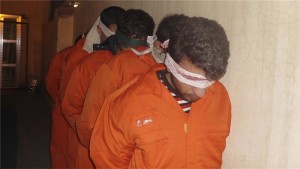 Maan said that Iraq has a strong judicial system in place and that all prisoners receive due process.  Iraqi officials were challenged on Wednesday to name a single person the country had jailed for torture by the UN Committee against Torture investigating suspected human rights abuses in a justice system that it said had “gone astray”.

“Is there anyone in Iraq in prison, sentenced for torturing another human being? Is there one person? Five? Ten?” the chairman of committee, Claudio Grossman, asked the Iraqi delegation.

Another committee member, Alessio Bruni, said Iraq’s criminal law had no adequate definition of torture, so it could not adequately prosecute it. Other questions included whether Iraq has secret detention facilities, whether anybody had been compensated for being tortured, and how to explain trials that lasted a few minutes and led to the death penalty.