Former captain of Nigeria’s Super Eagles, Austin ‘Jay Jay’ Okocha may be on his way back to English football.

The former Botlon Wanderers skipper, who is the second all-time great for the Whites, was reported to have played 45 minutes for Wolverton’s reserves but is yet to say if he would stay with the club permanently. 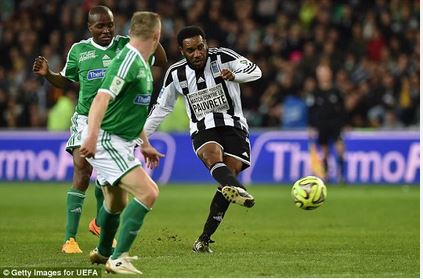 The former Paris Saint Germain midfield trojan, who played for Eintracht Frankfurt in the German Bundesliga, might complete a shock return to the football pitch if the he agrees to any offer by the modest English clubside.

According to sbnation.com, Amanda Keech, chairperson of Wolverton Town, said:“He did play 45 minutes last week for us but we can’t say either way whether he will sign yet.

“He is friends with somebody who coaches at the club and could be helping out with pre-season training with the players. We will be able to say more once he has decided.”

Okocha captained the Whites to the 2004 League Cup final for the first time in the club’s history and was listed on FIFA’s top 100 football players ever.