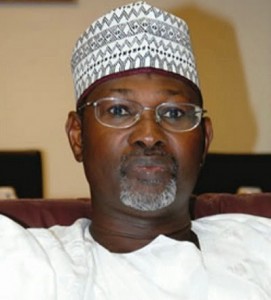 Jega was said to have gone to the office of the Vice Chancellor, Professor Abubakar Adamu Rasheed before going to his office.

The Director of Public Affairs of the institution, Mallam Ahmad Shehu said the VC accompanied the former INEC boss to his office.

“Professor Jega resumed today but he first went to the VC’s office. The VC accompanied him to his office and he was received by the Head of Department of political science with his colleagues,” Shehu said.

Jega’s return to BUK makes him the 5th of former vice chancellor of the university to remain within the institution after office. Others are Professors Dandatti Abdulkadir, Ibrahim H. Umar, Bello Bako Dambatta and Muhammad Sani Zahradeen who is also the Grand Imam of Kano state.

The Kebbi State-born academic is also the first INEC boss to have conducted two general elections.