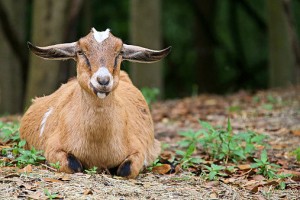 Jigawa state Governor Muhammad Badaru Abubakar has launched a goat breeding and rearing micro-credit program for widows in Gwaram Local Government of the state, a program that benefited at least 220 widows.

Speaking at the launching of the program over the weekend in Gwaram, Governor Muhammad Badaru said the scheme which provides three goats (a male and two female) to a widow will be given to twenty beneficiaries in each of the 287 wards in the 27 Local Government Areas of the state, bringing the total of goats to be distributed to more than 17,000.

The loan has an 18-month tenor after which all the beneficiaries will return the three goats given to them, with every goat expected to deliver every six months in twos, three or more.

“Therefore a beneficiary is sure of at least twelve kids at the end the 18 months term of the loan, more than five thousand widows will benefit yearly from the returns of the beneficiaries,” Badaru said.

The governor presented the goats as sample to one of the beneficiaries, a blind widow Malama Binta Abdullahi. He said the scheme is part of his promise to create employment in the state and agriculture is the best means of job creation in a state where more than 80 percent of the people are involved in agricultural production.