For those who have been worried about the sudden ‘disappearance’ of humour merchant, Julius Agwu, from the entertainment scene, they should fear no more as the ace comedian is back to beats. 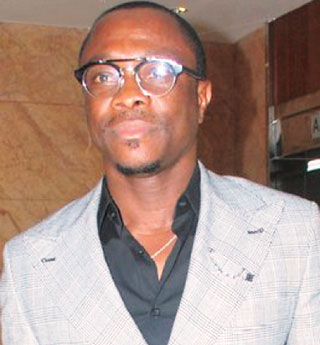 Before he left the country, Julius already had a seizure and ran out of breath. He left immediately for America after the doctors successfully made him regain consciousness. The elated rib cracker however attributed his recovery to God’s mercy. “It’s God at work. I want to thank everybody who supported me in one way or the other”.Information had it that Julius fondly called ‘The Genius’ is in the country recuperating from brain surgery he had on May 12 at Park Plaza Hospital in Houston Texas, United States of America. After a series of tests, two lumps were said to be discovered in his brain. The lumps were the cause of his continuous weight loss and loss of appetite.

As gathered, Julius is planning a thanksgiving service after the 10th anniversary of his annual comedy show, Crack Ya Ribs slated for August 30th, in London. The show will feature Okey Bakassi, I Go Dye, Korede Bello, among others.