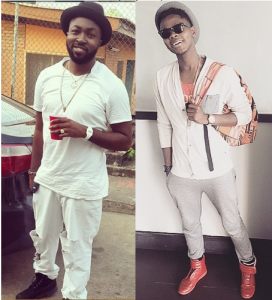 It’s been all over social media that an upcoming singer, Byno, has slammed Kiss Daniel for not paying him the $3k he won after participating in his ‘Woju Contest’.

Sources who reached out to Kiss Daniel’s manager, Louisa Williams said she had this to say.

Louisa Williams said Byno who won the contest also claimed that the singer said he doesn’t want the money and he wants to join their record label instead.

“As regards the Woju Competition, when Byno was announced the winner, he came to us begging that he doesn’t want the money, rather he wants us to sign him because he doesn’t have a record label. At that time we explained to him that we aren’t signing new acts because we had just signed a new act, ‘Sugarboy’ that we are planning to launch and he was fine with it. So we are really surprised at his rants.”