Kuku, who spoke from American described the new coordinator as a seasoned administrator. He hailed the president for not entrusting the office in the hands of a politician.

He urged the new coordinator to hit the ground running to save the Amnesty Programme from avoidable challenges that could affect its beneficiaries, especially its students abroad.

Boroh was formerly the Commandant of the Nigerian Army Peacekeeping Centre (NAPKC) in Kaduna. He hails from the Niger Delta region.

Until September 24, 2010, when he was moved to Kaduna under the former Chief of Army Staff, Lt. Gen Azubuike Ihejirika, Boroh worked in the Department of Administration at the Army Headquarters.

A statement by the presidential spokesman, Femi Adesina said Boroh’s appointment is “expected to lead to the speedy resolution of recent hitches in its implementation such as the non-payment of outstanding allowances to ex-militants.” 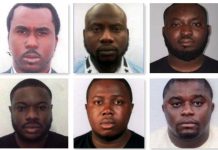