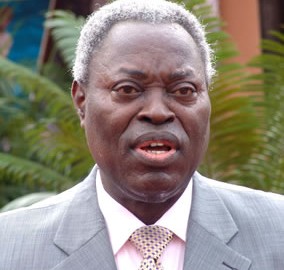 The General Superintendent of the Deeper Christian Life Ministry, Pastor William F. Kumuyi, Tuesday called on political office holders and church ministers in the country to cut down their salaries in line with the present economic situation of the country.

Kumuyi made the call when he visited Abia State Governor, Dr Okezie Ikpeazu, at the Government House in Umuahia. He said he was impressed by the personal sacrifice the state governor had made in slicing down his salary and allowances by 50 percent.

The cleric who is in the state for a five-day gospel crusade commended Ikpeazu for his sensitivity to the plight of the Abia workers who are owed salaries, advising other state governors, political office holders and even men of God to follow suit.

He said he had been told that Abia State had started to change under Ikpeazu. He therefore urged him to sustain the tempo and fulfil his promises to the people of the state.

In his remark, the state’s Overseer of the church, Pastor Damian Umeh, commended Ikpeazu for starting on a good note, citing the massive road rehabilitation going on in the commercial city of Aba.

Ikpeazu, in his response, lauded Pastor Kumuyi for coming to the state for a gospel crusade, expressing faith that the visit would translate into exceeding divine blessings for residents.

He described Kumuyi as “a role model and father of pentecostal movement in Nigeria, Ikpeazu urged the man of God “to keep showing the light.”