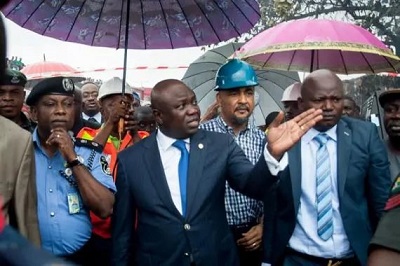 The Lagos State Government has issued a 21-day ultimatum to motorcycle (Okada) and tricycle riders to vacate restricted routes in the state or face the full wrath of the law.

This was made known to journalists by the Secretary to the Lagos State Government (SSG), Tunji Bello, after a consultative meeting with the leadership of the various associations of both the motorcycle and tricycle riders in the state.

At the meeting, the State Government frowned at the recalcitrant attitude of the operators by flouting with impunity the stipulated procedures guiding their operations.

The SSG told them that the State Government would not allow a return to the recent past before the enforcement of the 2012 Road Traffic Law where crime rate and road accidents caused by unruly motorcycle riders were prevalent.

He therefore directed them to call their members to order.

He stressed that the State Government, realizing their value and contributions to the economy, restricted them on 475 roads out of 9100 and refused to outrightly ban the use of motorcycles for commercial transportation like some other states, but warned that the operators should not test the might of the state government.

Mr. Bello further said the Lagos government, being a listening and compassionate government, has directed a massive public enlightenment that will precede the full enforcement of the restriction order to sensitize the operators and the generality of Lagos residents on the need to conform with the dictates of the Road Traffic Law.

The leadership of the motorcycle and tricycles operators thanked the state government for taking them into confidence, and promised to pass the message to their members and carry out their own enforcement before the state’s deadline.

The guidelines for motorcycle and tricycle operations in Lagos State are contained in Section 3 and Regulation 16 Sub-Section 4, 5 and 6 of the Road Traffic Law which restricted commercial motorcycles on 475 roads out of the 9100 road network in the State.

The law also mandates the wearing of standard crash helmet with full protection for both rider and passenger, the carrying of only one passenger, the non-carriage of children and pregnant women, non-operation of okada beyond 8.00pm in Victoria Island, IKoyi and Ikeja and 10.00pm in other areas of the State.

It also warns against riding of motorcyles on the kerb, median or road setbacks or in a direction prohibited by law and expects respect for all traffic laws and regulations.