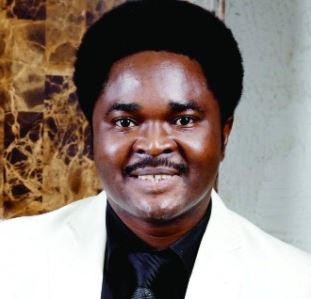 A church member of Presence Redemption Ministries has petitioned the police and the Economic and Financial Crimes Commission (EFCC) detailing how the General Overseer of her church, David Aderemi Babalola defrauded her of N5million.

The contents of the petition dated July 6, 2015, to the Special Fraud Unit of the Nigeria Police and other anti-graft agencies stated how Babalola allegedly fleeced Ms. Rita Okoro of the sum of N5, 000,000 (five million Naira).

The petition, which was written on behalf of Ms. Okoro by Lagois-based rights organization, Network on Police Reform in Nigeria (NOPRIN) called on the Nigeria Police Special Fraud Unit, and other anti-graft agencies to immediately commence investigations into the fraudulent activities of Prophet Babalola. According to the petitioners, Prophet Babalola obtained the said sum from Ms. Okoro and her family members in the guise of assisting them to secure the release of their brother who has been in police detention in Lagos since January 17, 2015 accused of kidnapping.

“Sometime in January 2015, following the arrest and indefinite detention of Rita Okoro’s brother by police operatives from the Special Anti Robbery Squad (SARS), Ikeja, Lagos over a yet-to-be substantiated allegation of being an informant to a kidnapping gang, Rita Okoro and her sister, who were then, members of Prophet David Babalola’s church, approached him for assistance believing and trusting him as a true Prophet and their spiritual father.”

Pretending to be sympathetic to the plight of his church members, Babalola was alleged to have promised to assist to secure the release of the detained man. That was how he capitalized on the predicament of his distraught church members to defraud them of their hard earned money.

“Immediately Prophet Babalola ostensibly made some phone calls to an unnamed ‘top police officer’ at the Force Headquarters, Abuja and thereafter told them (Ms Okoro and members of her family) that he will need to travel to Abuja to see the said top police officer whom he claimed he knew and assured was in a position to assist to transfer their brother’s case to Abuja and make it easier to have him released from there.

“The next day, Prophet Babalola called Rita Okoro and told her that he had spoken with his police contacts in Abuja as well as a lawyer and then demanded the sum of four thousand five hundred dollars ($4,500) which he said would cover his air fare and other logistic costs, as well as lawyer’s fee to secure the release of her brother; Ms. Rita Okoro told Prophet Babalola that she could not afford such a huge sum, but the Prophet persuaded her to join efforts with her family members to ‘look for something and send across’, assuring that her brother’s release was guaranteed.”

The petitioner alleged that on January 29, 2015, she deposited the sum of N1000, 000 to Babalola’s Zenith Bank Account, with number 2008810809. Not done, the prophet continued to mount pressure on the Ms. Okoro for more money. The petitioner alleged that more sums, ranging from N300, 000 and N1, 700,000 were paid into the prophet’s bank account. In total, the sum of N5 million was paid to the prophet with the hope that he was working to secure the release of Ms. Okoro’s brother.

These covered further expenses he claimed he needed to make for sundry purposes including his airfare, hotel accommodation and sundry other expenses during the several trips he claimed to have embarked on to Abuja in his purported pursuit of the release of Ms. Rita Okoro’s brother.”

The bubble, however, burst when it turned out that on a day Mr. Babalola had claimed he was in Abuja to facilitate the release of Ms. Okoro’s detained brother, the petitioner ran into him in Lagos. He incoherently tried to explain away his presence in Lagos. That was when it dawned on the Ms Okoro, that the prophet had been swindling her. She is now praying the authorities to intervene and help her recover the sums that the prophet obtained by false pretext.