Home Metro News Lies Against Me Will Not Change My Focus To Deliver On My...
Facebook
Twitter
WhatsApp 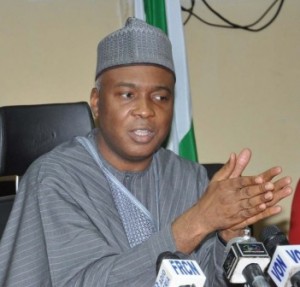 Since his emergence as Senate President, Bukola Saraki has faced several criticisms due to the circumstances surrounding his victory at the National Assembly elections. He has been called a traitor by many who went as far as digging up several stories about him and blaming him for the crack in the National Assembly. However, Saraki remains unfazed by the “negative lives” and promised to continue being focused regardless.

Reacting to stories about him via Twitter, Saraki stated: “I’m aware of activities of certain online platforms being sponsored by mischief makers to post all sorts of negative lies against me.

“The lies will not change my focus to deliver on my mandate, which is to ensure legislation that will directly impact the lives of Nigerians.

“No matter the pressure, no special interest group can blackmail #8thSenate to do their bidding. I AM ACCOUNTABLE ONLY TO NIGERIANS.”