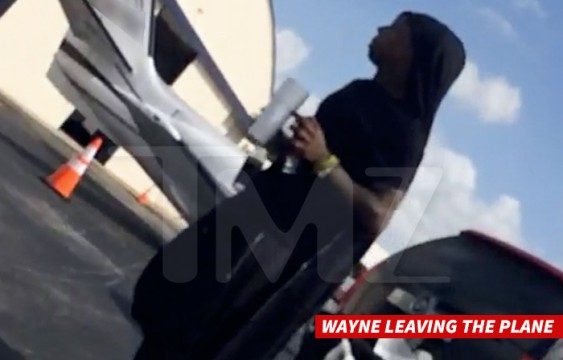 Rapper Lil Wayne was kicked off a private jet he chartered minutes after takeoff, because he lit up a joint almost immediately after wheels up. TMZ reports below..

We’re told Wayne told the pilot before takeoff at a Ft. Lauderdale airport, he and his entourage wanted to smoke during the flight. The pilot could not have been clearer … absolutely not. But shortly after takeoff, Wayne and his posse lit up, and the pilot was in no mood to negotiate. The captain turned the plane around 17 minutes after takeoff and landed it where it came from. 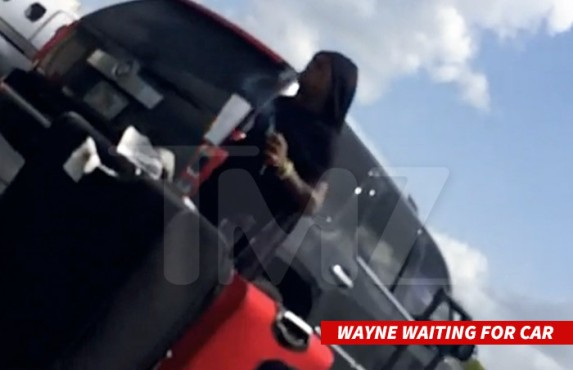 It looks like Wayne brought his own beverages, because we got this photo in which he’s holding a double cup. We’re told it contained pink/purple liquid, consistent with sizzurp.
Wayne has had problems with sipping sizzurp on private jets in the past. TMZ broke the story he suffered some pretty wicked seizures from the codeine drink back in 2013.