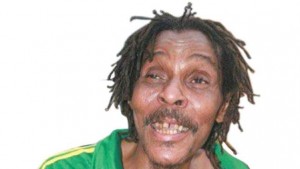 Veteran Reggae singer, Majek Fashek, who has been in the media of recent for his poor health; claims the press in Nigeria have been hounding him, and writing negative stories about him.

Speaking to Encomium Weekly, Fashek who has had a long battle with drugs said the press is blackmailing him, although he didn’t say why.

“The Nigerian press, the print in particular, not electronic, have been blackmailing me. They are trying to ruin me, writing all sorts of things against me. I did nothing” he said.

Last month a Nigerian blogger narrated his chance encounter with Majek Fashek whom he described as a “a loony figure. Pants sagged, dirty black underwear showing, a caftan perched precariously on his extra lean shoulders, shock of long unkempt dreadlocks cascading down his head and teeth yellowed by years of hard living and a face still surprisingly handsome despite the ravages of illicit living. This was Majek, my hero, the one who brought down the rain.”

Majek Fashek has dismissed this story, and provided his own version of the event.

“It’s not true. The thing is I’m a Rasta Man and a prisoner of conscience. These are my two movements. And a prisoner of conscience and Rasta Man does not avoid the poor. Poverty is a sin, I cannot discriminate against the streets, even though I am a millionaire. I have $100, 000 in one of the biggest banks in America. I’m not a careless man. I’m a father with four boys. What happened was the hotel I was staying didn’t have light and they didn’t put on the generator. I was bored. So, I went into the streets to buy myself a drink. I like Guinness, sometimes Apeteshi or malt. I use the Apeteshi to consult with the holy spirit.

The Nigerian print is trying me, I will pour fire on them. Don’t they want me to live? You people, the media control the world. People believe whatever you write. You control even the presidents of the world. The area boys and girls are the ones that saved my stardom.

I didn’t even know that guy wrote this thing came to investigate me. Is he CIA? I even bought him bread that day” said the singer popularly referred to as the rainmaker. Majek Fashek also says he has a bungalow at Ogba in Lagos.

The music legend revealed that he stopped his family from coming to see him a few years ago because it wasn’t practical for them even though they were missing him.

“I told them not to, especially because my first son, Randy he has a good job with the American government with a wife and children. And I didn’t want him to risk all that” he revealed.