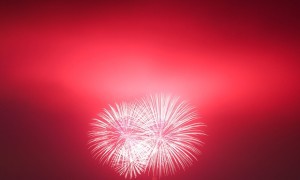 A young man who was drinking and celebrating the Fourth of July tried to launch a firework off the top of his head, ended up fatally injuring himself, authorities said on Sunday. Scoop has more:

Devon Staples and his friends had been drinking and setting off fireworks on Saturday night in the backyard of a friend’s home in the small eastern Maine city of Calais, said Stephen McCausland, a spokesman for the state department of public safety. Staples, 22, of Calais, placed a fireworks mortar tube on his head and set it off, McCausland said.

The firework exploded, killing Staples instantly. His death is the first fireworks fatality in Maine since the state legalised fireworks on 1 January 2012, authorities said. Calais is on the Canadian border near New Brunswick.

State fire marshals were investigating several other Fourth of July fireworks accidents involving injuries in Friendship, Jefferson, Lebanon and Woodstock. They said most of the accidents involved burns and eye injuries. McCausland said further details were expected to be released later on Sunday. In 2011, lawmakers voted to repeal a 1949 state law banning fireworks, reasoning that the industry would create jobs and generate additional revenue.