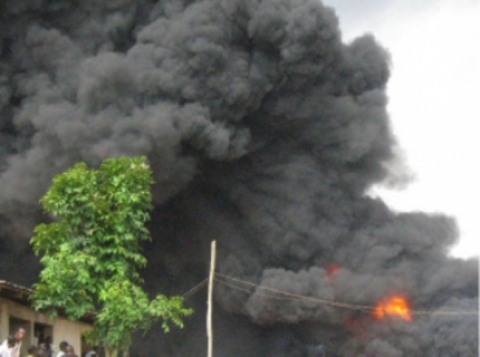 We have just learnt of a developing story from Borno State that a bomb explosion has rocked a busy motor park in Maiduguri, the state capital.
The explosion reportedly occurred at a busy location where tricycles pick passengers, and may have killed dozens and injured even many more.
According to residents who spoke to PREMIUM TIMES, the thunderous blast, which sounded at about 6:30am, reverberated all over Maiduguri.
Witnesses later said the explosion occurred near the entrance of Gamboru Market where operatives of commercial tricycles park to pick passengers.
“We heard the blast at about 6:30am this morning and shortly afterwards, we saw people running from the direction of the market screaming that it was a bomb”, a civil servant, who gave her name as Maryam Abu and whose residence is close to the area, told the online news medium.
Details later …