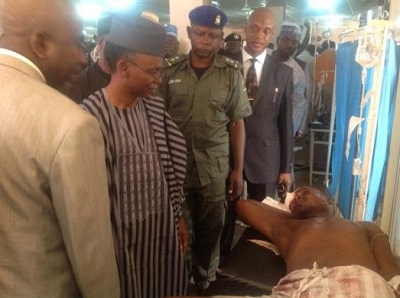 The Nigerian military says it has arrested a mastermind of Sunday’s twin bomb explosions in the city of Jos, Plateau State and Tuesday’s bomb blast at the Sabon Gari Local Government Secretariat in Kaduna State.

Both explosions left no fewer than 70 persons killed.

In two tweets on Wednesday via its official Twitter handle, the Defence Headquarters said the suspect was arrested at a military check point in Gombe State.

#FLASH: Troops have arrested a mastermind of the Jos & Zaria bombing at a checkpoint in Gombe /..1