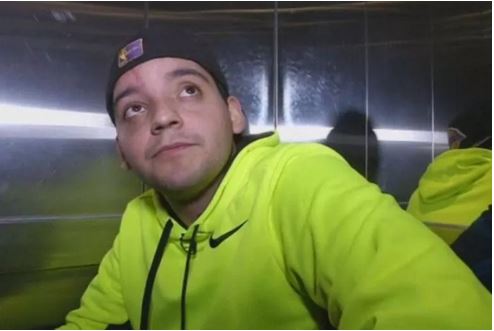 Experts say that Sebastian Reyes survived to tell the tale is a miracle, one for which he should be thankful.

Reyes said: “I felt the fall, but nothing else. I woke up in hospital.”

According to Metro UK, it was a huge 40 metre fall from the 17th floor, a fall which included smashing through the roof of a parking unit. However, despite the massive fall, Reyes only suffered leg and pelvic fractures.

Reyes, who lives in Rancagua, Chile, credits the lucky escape to his tattoo.

The ink – on his forearm – reads: ‘God don’t abandon me’ or ‘Dios no me abandones’ in Spanish.

Reyes recalled earlier in the evening he had been watching a Copa America football game and headed to a club with friends.

They returned to the apartment after clubbing, where he fell from the balcony in the early hours, by Reyes’ memory is understandably foggy.