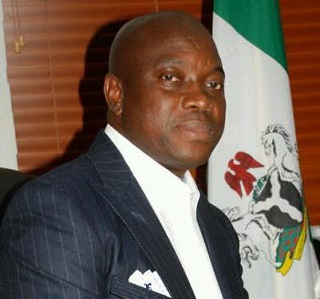 The Economic and Financial Crimes Commission (EFCC) has invited Mr Kingsley Kuku, a former Special Adviser on Niger Delta Affairs to ex-President Goodluck Jonathan and Chairman of the Presidential Amnesty Programme, for questioning over corruption allegations.
The former special adviser, it was learnt, is expected to present himself at the EFCC headquarters in Abuja on Tuesday 28th July 2015.
Kuku and two others are said to be wanted by the anti-graft commission to explain allegations of embezzlement and diversion of hundreds of millions of naira of public funds.
When contacted, the EFCC spokesman, Wilson Uwujaren, confirmed that Kuku indeed has been invited by the commission.
In a related development, the EFCC has also quizzed a former Special Assistant on Schools and Agriculture Programme to ex-President Jonathan, Mrs. Baraka Sani.
She was said to have been grilled for over 10 hours by operatives of the EFCC on the 22nd of July over allegations that she diverted funds meant for schools agriculture programme.
According to multiple sources, Mrs. Sani was temporarily released after promising to return with documents that will absolve her of complicity in the alleged scam

Igboho: People Are Working Behind The Scenes, Says Sanwo-Olu