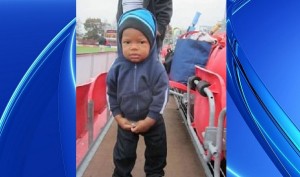 A mother faces a charge of murder after allegedly pushing her young son in a swing for 48 hours straight until he died, police in Maryland said.

According Odd News Blog, the Charles County Sheriff’s Office said that Romechia Simms, could be charged with murder after a coroner determined that 3-year-old Ji’Aire Lee, died of dehydration and hypothermia.

Lee was found dead on a swing in a park. Police officers discovered the body of the child after Simms was seen pushing Lee on the swing for an unusually long period of time.

Simms was in the park for 48 hours and pushed the child on the swing. Simms had been hospitalized more than once for erratic behavior before the death of her son.

The boy’s father, James Lee, requested custody of the child just weeks before his death.