Every day, all over the world, about 1.6 billion people are served Coke. 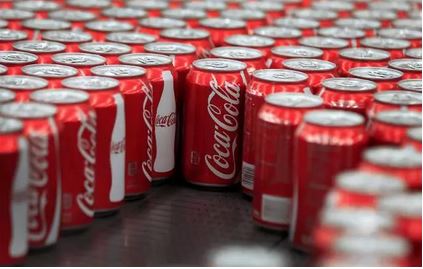 However, a scientist, Niraj Naik, has analyzed the unbelievable dangers involved in the intake of this popular drink. The Indian scientist highlights what Coca-Cola does to your body up to an hour after you gulp it down. See his minute-by-minute report below:

”In the first 10 minutes, a person consumes around 10 teaspoons of sugar (100 per cent of your recommended daily intake), and though the level of sweetness should make one vomit, the phosphoric acid cuts the flavor allowing one to keep it down. 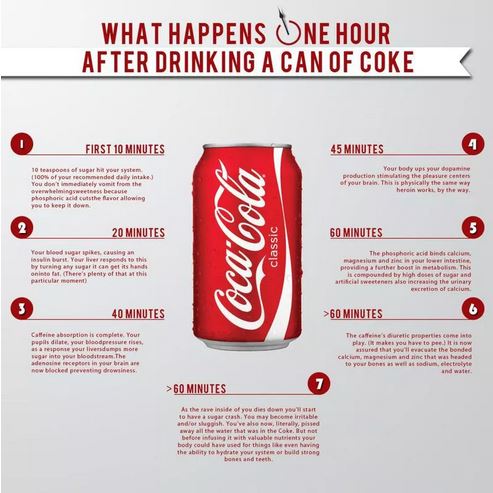 After 20 minutes, the body’s blood sugar spikes giving an insulin burst and the liver responds by turning sugar into fat. Caffeine absorption is complete by 40 minutes after which pupils dilate, blood pressure rises, and as a response liver dumps more sugar into bloodstream. The adenosine receptors in the brain get blocked preventing drowsiness.

After 45 minutes, the body ups a person’s dopamine production stimulating the pleasure centres of the brain, which is physically the same way heroin works, and after an hour the caffeine’s diuretic properties come into play. The buzz dies down and person starts to have a sugar crash. Seeing how people following strict low fat diet were gaining weight was what pushed Naik to investigate Coke, and wrote that fructose was the form of high fructose corn syrup, found in most processed foods and most people are totally unaware of its danger.

“Many fruits also contain fructose, but nature has provided the antidote, as these fruits are also packed with fibre which prevents your body from absorbing too much of it.”

He however ended by imploring people who care about their heart, health and mind to run away from that bottle of Coke.