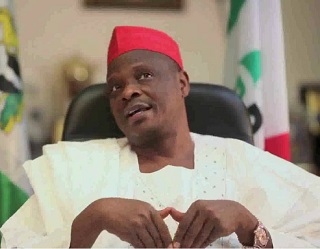 The Kano State Pension Trust Fund has exonerated the immediate past governor of Kano State now Senator, Engr. Rabi’u Musa Kwankwaso of the allegation that he mismanaged pensioners’ money amounting to N2 billion.

The permanent member of the board, Alhaji Alassan Abubakar Kabiya, said all the accusations leveled against the ex-governor on pension funds was far from the truth.

“We heard that pensioners petitioned EFCC about alleged mismanagement of N2billion by former governor of Kano, Rabi’u Musa Kwankwaso. This is not true because Kwankwaso has no right to use pension money for any investment and there was nothing like N2 billion”, he said.

Kabiya said the board has issues with Euro Bank Plc, which was liquidated. “The money deposited in Euro Bank was N100 billion, when the bank was liquidated the issue was referred to the Nigeria Deposit Insurance Corporation (NDIC) and they have started paying us, so far they have paid N200,000”.

He said they never knew the person who petitioned the anti-graft agency and that the pension board was not copied in any of the petition.