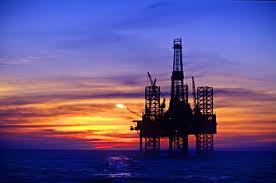 Spain has emerged one of the biggest importers of Nigeria’s crude with its 2014 purchase worth €6.5 billion (N1.4 trillion) representing 14 percent of Spain’s gas consumption that year.

The Ambassador of Spain to Nigeria, Mr. Alphonso Sebastian de Erice presented the figures as evidence of blossoming Spanish-Nigerian business ties when he paid a courtesy call to the Speaker of the House of Representatives, Rt. Hon. Yakubu Dogara, in Abuja on Tuesday.

The envoy also said that an invitation has been extended to Nigeria’s Foreign Ministry to dialogue with its counterparts from 15 other nations at the meeting of Counter-Terrorism Committee coming up in Madrid on July 28, 2015.

“Spain has also suffered terrorism attacks. In 2004,  200 people were killed in the Metro in Madrid. We would like to support Nigeria in the anti-terrorism fight…you can count on Spain in development, security, immigration and other issues,” Erice said. He expressed the condolences of his government over the recent terrorist attacks in Maiduguri.