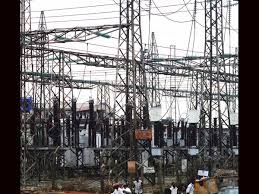 The Management of Transmission Company of Nigeria (TCN) yesterday said the nation has recorded a new electricity transmission peak of 4545megawatts (Mw) through its national network.

A statement signed by the General Manager, Public Affairs of TCN, Seun Olagunju, said the feat was achieved at 21.45hrs two days ago.

The previous power transmission peak was on December 23, 2012 and it was 4517Mw.
TCN management had, last week, informed the general public that electricity wheeling to the distribution companies (DISCOs) has improved to over 4000Mw due to improvement in fuel supply to the power generation plants.

It also assured that it will continue to work towards enhancing its power wheeling capability and reliability of the network to be able to deliver more quality electricity from the generation plants to the DISCOs nationwide.